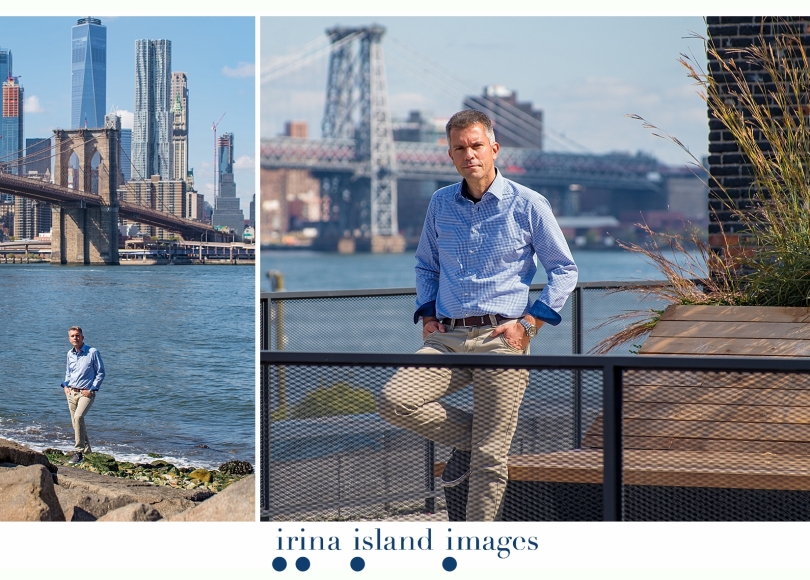 Usually when friends and family coming to visit us, I am offering some portrait sessions for them. These always turned out very nice, got printed at home as big canvas and cherished. So we are planning that as an official product for 2018: “The New York City Experience” photo session.

And for this client there is a story to tell and I am happy to share some photos of his session. He planned to visit his friend from childhood in New Hampshire, but everything came other than intended. He booked the flight ticket to Boston with Air Berlin. But the bankruptcy of that German airline stopped his plans, the flight was cancelled. He was very lucky to change the flight to JFK, New York and decided to go by bus to Boston then.

His friends contacted me, as he has never been to the US and they wanted to make that photo session as a gift of some great memories for his two days in our wonderful City.

With this limited timeframe we did a half-day session, starting shortly after sunrise.

We started at Roosevelt Island on the new hills in front of the new Cornell Tech Campus, with gorgeous skyline views, then took the East River Ferry to Hunters Point in Long Island city with all the waterfront views of Manhattan. 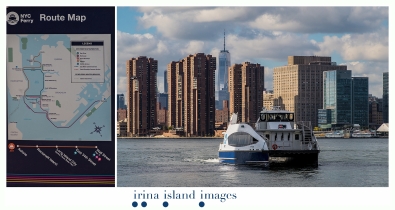 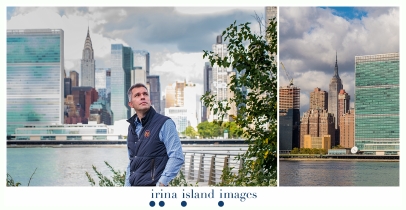 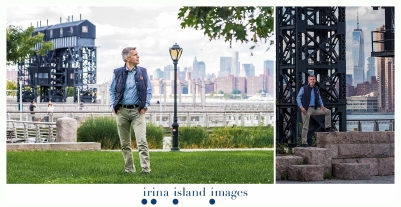 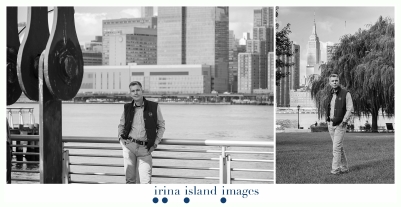 My hubby served as a personal guide and explained many details about the changes in this area over the last decades. Then we went on with another ride on the ferry ride to the Brooklyn Bridge Park, where he had the chance to see Lady Liberty for the first time. And I was proud that all worked out with the flash, the sunlight and the reflector!

Walking under the Brooklyn Bridge and even having the water of the East River under his feet was some special adventure. We can really recommend to see the city by boat, and all its landmarks without the hustle of the street traffic. 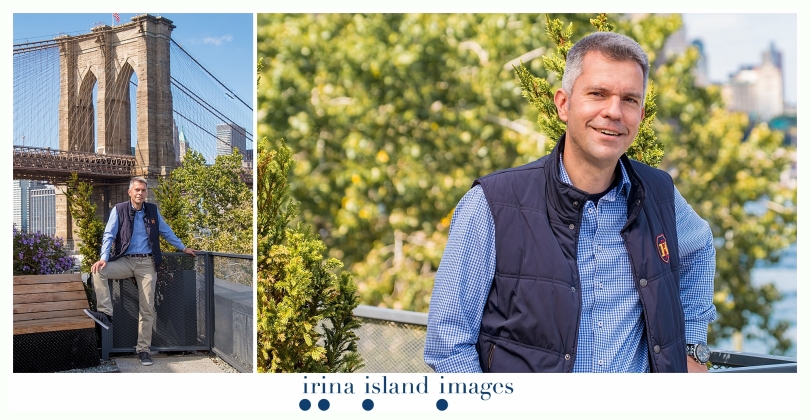 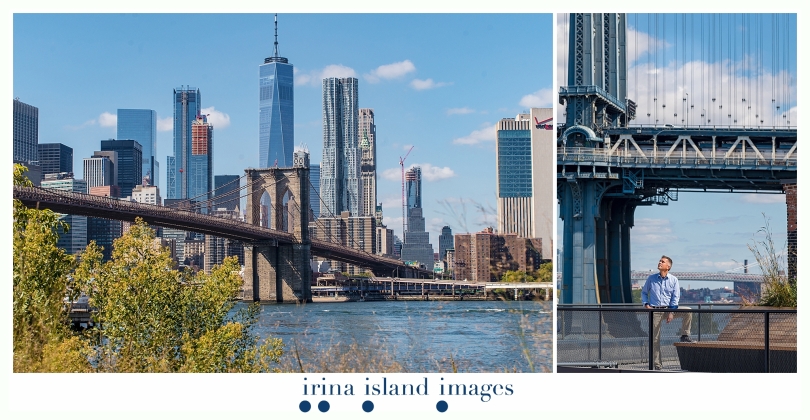 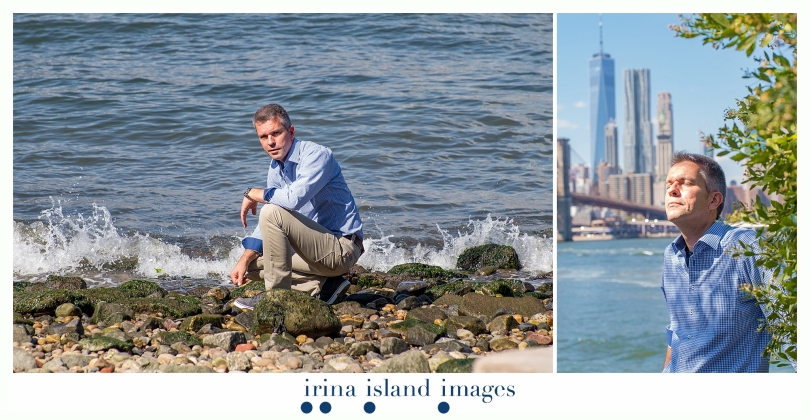 Along the way we met interesting people – one person who worked at the famous NY public library, the Schwarzman Building at the 5th Avenue told us about how he lived through the events on Sept 11 2001, very emotional. That was the perfect transition to the next place we wanted to visit – the World Trade Center site. And again with the ferry from the Brooklyn Bridge to the Wall Street Pier 11. 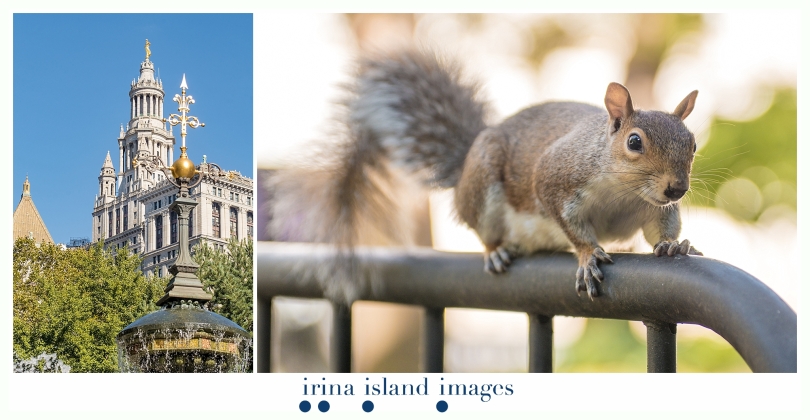 We walked a bit the historic seaport site, stopped at the City Hall Park and fed the Squirrels before we arrived at “newest” historic site in the Town. We enjoyed the impressive view from the One World Trade Center observation deck.

A lot adventure for one day, and not the normal tour a tourist would take, but it was the perfect day for it!

And can you imagine that he spent almost 30 hours in the city without a metro card? At the airport he met somebody who told him about a special shuttle bus to the Penn Station, but it stopped at Grand Central Station, so he walked to his Airbnb apartment in Hells Kitchen. In the morning on his way to us a police man let him use the subway without paying for it, as the entrance did not work. Then we only used the ferry all day. Later that day he walked all the way back from the World Trade Center to Hells Kitchen. The next morning he walked with his suitcase a short distance to the Port Authority Bus Terminal to enter the bus to Boston. There his friend was waiting and they started the next sightseeing tour from Boston.